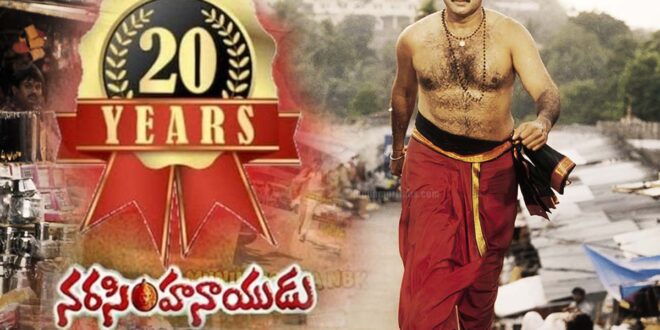 The duo of Nandamuri Balakrishna and B Gopal gave many hit films. Narasimha Naidu is one of those films that will remain special forever in the history of Tollywood. The film ran over a hundred days in more than 105 centers, a huge record during that time. The film made a comeback in 2001.

Balakrishna’s power-filled performances, the writing of the Parchuri Brothers, the music by Mani Sharma and the dizzying background score made the film a huge success. Simran and Asha Shiny’s glam treat was an added attraction to the film.

After 2 decades, we can once again witness the combination of Balkrishna and B Gopal at the box-office this year. The project is still under negotiation and full details of the project will be revealed soon.