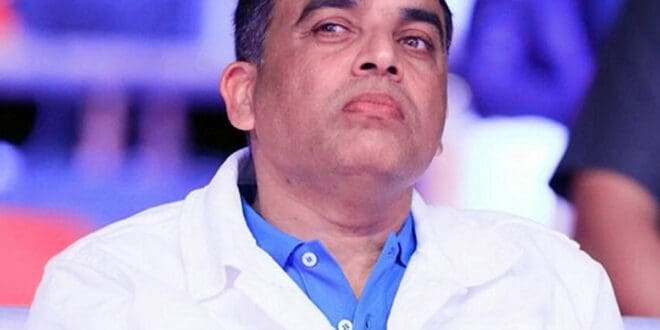 The Kovid-19 epidemic has suppressed differences and rivalry in Tollywood. However, this did not put a full stop for them. The latest is that Tollywood’s first controversial press meeting took place the second day after the epidemic. Distributor and soon-to-be-produced Warangal Srinu made serious allegations against distributor and producer Dil Raju.

Accusing Raju of monopolizing theaters, Warangal Srinu aka iSmart Srinu, who distributed films like iSmart Shankar, Valmiki and the latest Crack, alleged that Dil Raju has used his wide influence and has given many exhibitors Forced to replace Crack with Master.

Saying that Crack is doing very well at the box office, and it is not fair to remove Crack from the current theaters and replace it with the Telugu-dubbed Tamil film Master. Srinu lost his cool and said that Raju’s monopoly would not last long because the revolution had started.

Srinu asked theater owners and exhibitors to take a stand against Dil Raju and initiate non-cooperation. Meanwhile, Dil Raju is yet to respond to the allegations leveled by Warangal Srinu. After a long hiatus, Tollywood is slowly getting ready for release. And the controversy is back before the industry returns to normal.