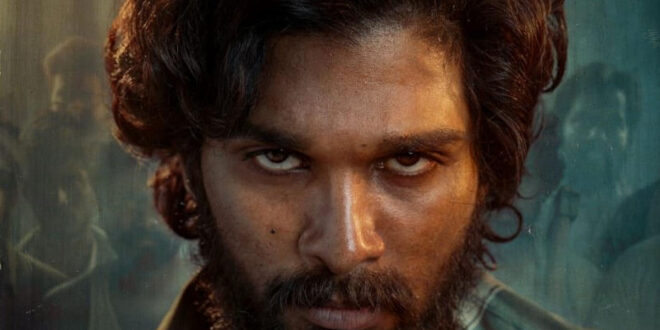 Stylish star Allu Arjun turned into a daily labor lorry driver in Pushpa. This huge transformation of a stylish star into tan makeup required her to play the role for more than 3.5 hours daily – Pushpa Raj. His eyebrows, hair, mustache and even skintone have undergone a total facelift.

Every day for the shoot, it takes about 3 hours to 3.5 hours to prepare for the role. Since Sukumar is a perfectionist, he wants an innocent and stunning Pushpa Raj. Allu Arjun’s costumes have been given extra attention to suit the role. It is learned that Allu Arjun will be seen mostly in shorts and lungi in the film.

Set against the backdrop of red sandalwood smuggling, Pushpa is a Sukumar-Mark film backed by strong material. Currently, the film is shooting in Tenkasi, Tamil Nadu. Allu Arjun’s personal trainer and his personal chef were flown to Tenkasi so that the actor’s gym diet and strict diet were not affected.

The film is going to release simultaneously in Hindi, Telugu, Tamil, Kannada and Malayalam on August 13, 2021 on the eve of Independence Day.