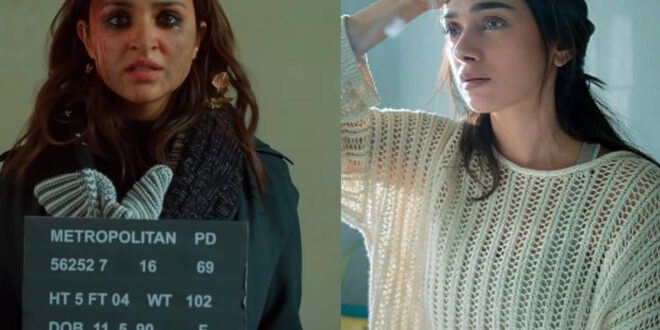 The Girl on the Train is a 2016 psychological thriller film directed by Tate Taylor, based on author Paula Hawkins’ popular novel of the same name.

Now the Hindi version of Netflix is ​​coming with Parineeti Chopra on 26 February, while Aditi Rao, Kirit Kulhari, and Avinash Tiwari of Bulbul fame appear as other important characters. Emily Blunt is the lead in the original film.

Parineeti Chopra appears to have given her best for this role for her frequent blackouts and destructive behavior. The main character is entangled in the investigation of a missing person and Aditi Rao Hydari will appear in an important role in the film.

The teaser has been released and it is still on hold. It looks like a lot of surprises are coming from the film. Watch teaser here