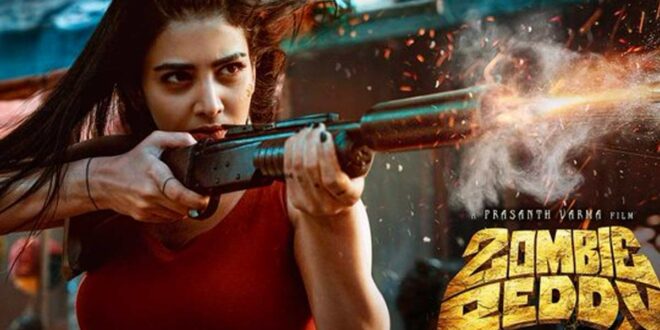 Actress Daksha Nagerkar of the young bold film ‘Hasru’ shot to fame, though she made her debut almost five years ago. Yet Daksha’s fate did not change in Tollywood as opportunities were not anticipated for her. After a short time gap, she will be in ‘Zombie Reddy’.

Daksha’s first look from the film is unveiled, marking the occasion of the festival of Diwali. Guess that Daksha is playing the role of a girl in the film. Well it brings a lot of memories for PUBG sports fans who are disappointed by the Indian government’s ban on it.

At first glance Daksha actually looks like one of the girls of the PUBG game. With a gun in his hand, Daksha shoots a man who does not appear at first glance. “Omgg !! Sparkling heart so excited about it! Can’t wait to share it with you guys, as a #PUBG girl in my next #PombieG #DombieReddy,” tweeted Daksha who is super excited. .