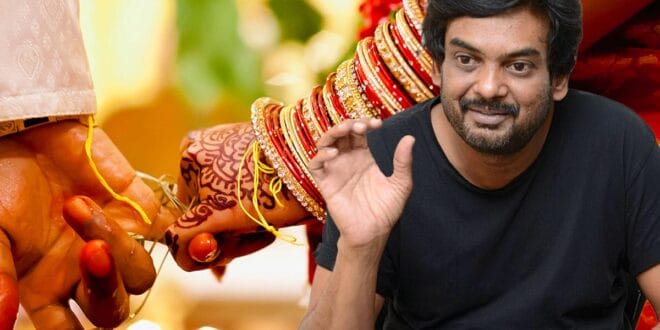 If you want to achieve something big in life, don’t go for marriage, this film director Puri Jagannath’s sincere advice to the youth. Citing an example, Puri said that a prince can become a Gautama Buddha only after leaving his wife.

The ace director has been releasing some audio versions with his voiceover under the ‘Puri Musings’ series for some time now. In it Puri selects some subject and gives his opinion on it. He talked about many things in the series such as comfort zones, friendship, etc.

The latest in the series is about marriage. In this they say:Marriages are near oblivion. Had the marriage been so good, the Lord Jesus would have been married 10 times. A person in the king’s family became a Buddha only after leaving his wife. If you have big goals and goals, do not choose marriage. Do not tie the nostril knot. If you want to roam around the planet or are ambitious about something, don’t paint your feet with ‘Parani’. If you feel that you do not have that mind and you eat dumplings while watching TV by your wife, send your wedding card to me without delay. I will come and bless you. Intellectuals do not marry. All married men fall at the feet of Babas who never marry. Heroines who get married are not the same as an untold heroine. Therefore, it is better not to tie yourself to a rope, “Puri said in this edition of Puri Musing.