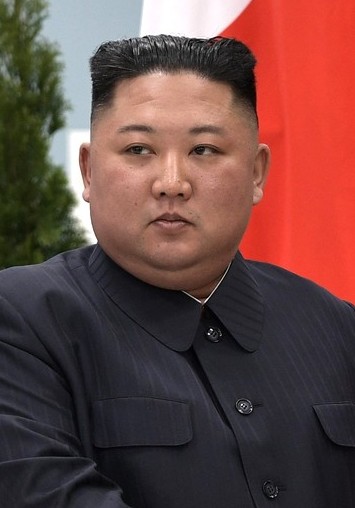 According to North Korean officials and state-run media, Kim was born on 8 January 1982. South Korean intelligence officials say the actual date is one year later. For symbolic reasons, his birthday was marked in 1982, 70 years after his grandfather’s birth and 40 years after his father’s official birth. In the US Treasury Department, his birthday is recorded as January 8, 1984.

According to reports, Kim went to Bamel’s private international school in Bame, Switzerland from 1993 to 1998. He was a good and shy student who treated his classmate well. He was a basketball fan. Even his elder brother studied in the same school. From 1998 to 2000 he went to the state school Lebfeld Steinholzli in Köniz near Bern. He studied there as the son of an employee of the North Korean Embassy in Bern. His grade and attendance ratings were poor. North Korea’s ambassador to Switzerland Ri Chol was very close to him and worked as a patron.

Kim’s half-elder brother was the first choice for succession, but reportedly fell out of favor after 2001. The elder brother was caught attempting to enter Japan on a fake passport. He wanted to visit Tokyo Disneyland. He was later killed in 2017 by agents in North Korea in Malaysia. Kim’s father always wanted Kim to succeed him. On 15 January 2009, the South Korean news agency reported that Kim Jong-il had appointed Kim Jong-un as his successor.

In March 2009, it was reported that Kim was in the Ballet on the Supreme People’s Assembly for the 2009 elections. But his name did not figure in the list of legalists. He was elevated to a mid-level position in the National Defense Commission. He was made Dayajang on 27 September 2010. Finally, in 2011, he took over as his father.