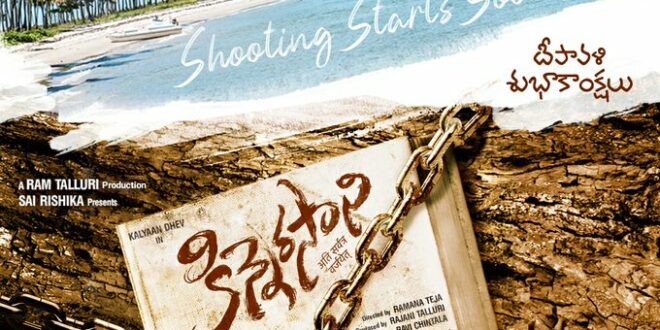 Mega Alludu Kalyan Dhev has announced her new film on the auspicious occasion of Diwali. The poster titled ‘Kinnarasani’ has also been released by the makers.

There is a book locked on a tree trunk with a chain and a beach on the background, making a nice and intriguing poster. “Amar Prem! A great deal of crime! All this with a little pain? With #Kinnerasani, get ready to watch all this in overdose!”, The makers tweeted, stating that this is a romantic crime It is a drama.

Ramana Teja, who made her directorial debut with ‘Ashwatthama’, is going to wave the megaphone for the film, while Mahathi Swara will compose Sagar Music.

Kalyan Dhev started shooting for his next film ‘Super Machai’, which will soon be in the final stages.

‘Kinnarasani’ is being produced by Rajni Talluri and Ravi Chintala under the SRT Entertainment banner.