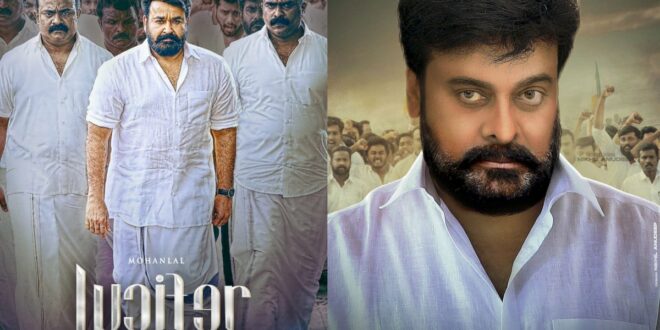 Megastar Chiranjeevi will do a Telugu remake of the Malayalam film ‘Lucifer’ after ‘Acharya’. For this film, ‘Saho’ director Sujit was initially given a chance to direct. But he was hired by Chiru’s favorite director VV Vinayak. The mega camp got excited as soon as he was brought on board.

The latest development is that Vinayak is out of the project. Apparently Chiru is not satisfied with the changes made by Vinayak and so the director was shown out-of-doors. It is discussed that director Harish Shankar is ready for this remake.

Harish is Gabbar Singh and specializes in remakes for AK Gadaldakonda Ganesh. But it all depends on how Harish Shankar handled the Lucifer script to suit the tastes of the Telugu audience.

Yet there is another obstacle here. Harish Shankar has a film with Pawan Kalyan and once PK wraps ‘Wakeel Saab’, he will move to Krish Jagarlamudi’s film. But as Krish is known for making films in quick succession, Pawan will be free in no time. So here Harish Shankar needs Pawan’s approval to do Chiru’s film first and then work on # PSPK28.

So things are in discussion stage and once the solution is found the rest will fall into place.