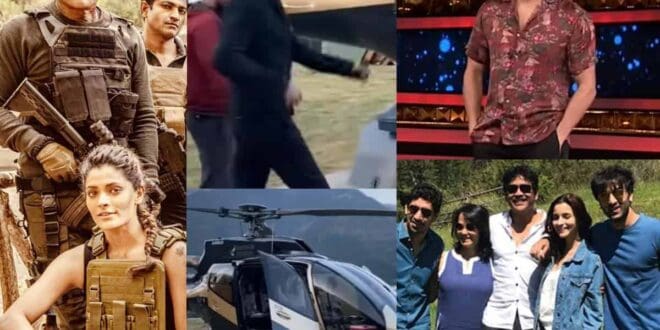 After the corona lockdown, King Nagarjuna was the first major hero to go back to work. While many heroes were afraid to shoot, Nagarjuna shot for his upcoming film ‘Wild Dog’ and completed a quick schedule. Immediately Nagarjuna got busy with the popular reality show Bigg Boss.

Nagarjuna took a break from Bigg Boss for the Manali schedule of ‘Wild Dog’. But not to waste time in the journey, the Star Mother management arranged a special chopper for Nagarjuna from Manali and after landing in Hyderabad, they resumed shooting for Bigg Boss.

Still Nag will be shooting for ‘Wild Dog’ but the latest schedule dates are to be finalized. So during the weekend, Nag is going to be available for Bigg Boss and in the coming days, he is expected to fly to Mumbai. After many years, Nagarjuna has signed a Bollywood film and it is ‘Brahmastra’.

Starring Ranbir Kapoor and Alia Bhatt, Ayan Mukherjee is directing the film. Nagarjuna will appear in a guest role in the film and the length is expected to be around 30 minutes. Nagarjuna had previously shot for the film and once again he is doing so. For this, Nag will fly to Mumbai. During the weekdays, Nagarjuna will be shooting for this Bollywood film and for Bigg Boss over the weekend.

Well like any other hero, Nagarjuna is super busy and many heroes from Tollywood should take inspiration from him on how to do multitasking!