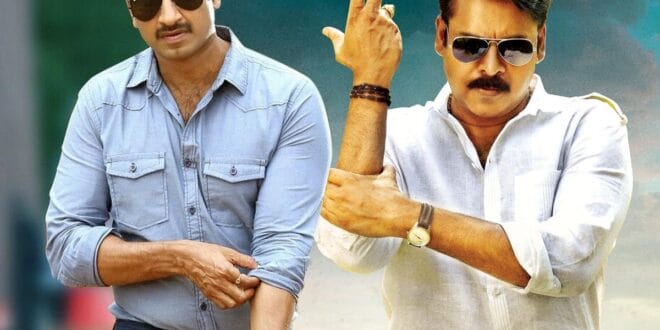 On the eve of the Dussehra festival, the Sitar Entertainment banner had announced its upcoming film with Powerstar Pawan Kalyan. It is a remake of the Malayalam film ‘Ayyappanam Koshiyum’ and Pawan will play the role of a powerful police officer in the film.

It is a multi-hero film and the makers are looking for another hero. Prior to the announcement, there were rumors that Tollywood hunk Rana Daggubati is expected to resume the role of Prithviraj Sukumaran. But the makers did not react to these rumors and hence there were reports that Rana is not doing this film. Later young heroes like Nithin and Sai Dharam Tej showed interest in it. Still did nothing.

Now there is a buzz among the people of Tinsel town that macho hero Gopichand is being considered for another hero role. As there are few gray shades in the role, Gopichand can fill in the shoes. At the moment he is very young in his career and he is struggling to score a hit. It would be a wise choice, if he signs the film.

But most importantly, Gopichand will appear on the big screen with Pawan Kalyan and it will be a great opportunity. With this, Macho Hero can also earn some mega fans and thus he can bounce back.

The remake will be directed by Sagar’s Chandra and shooting will begin next year.