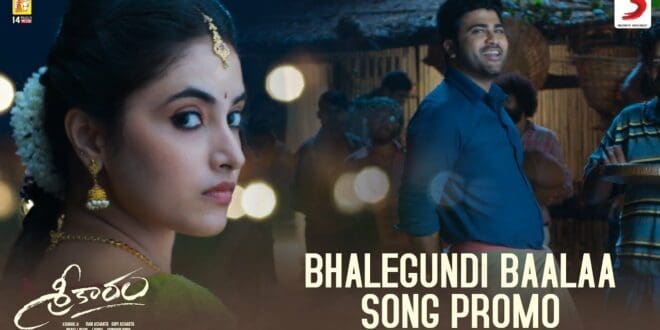 Penshal Das is known for his atypical way of writing and singing in Rayalaseema slang. He wrote songs and sang in a large number in Sharamananda’s Sri Ram. While the song Bhagaludi Bala will be out on the 9th of this month, the teaser of the song has now been released. The film’s soundtrack is presented by Mickey J. Mayer.

Directed by first timer Kishore B, Sriram is a family entertainer with a good message. Sharwanand will appear as a young farmer in the film produced by Ram Achanta and Gopchand Achanta.