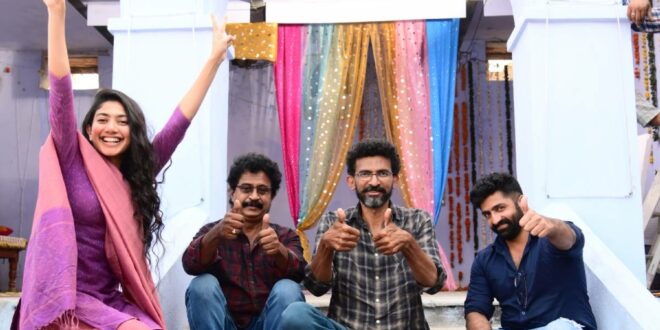 Shooting of films has become difficult these days under the present circumstances. There is no other option than to follow the precautions for the filmmakers. ‘Love Story’ was one of the first films to return to the sets.

Shooting of the film resumed in September and the makers planned a longer schedule to wrap up the entire shoot in a single schedule. Accordingly, he worked and now the shooting is complete.

With one song, the shooting is over and at this, director Shekhar Kammula, heroine Sai Pallavi and choreographer Sekhar Master all look at the camera with their thumbs along with the thugs.

Starring Naga Chaitanya in the male lead role, ‘Love Story’ is a romantic entertainer with music by Pawan CH.

Now the makers are working on the release and details will be revealed very soon.