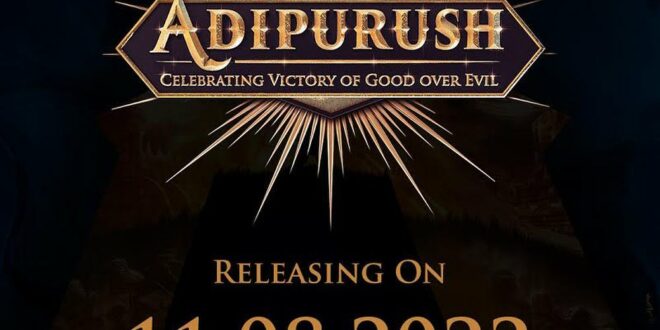 The most eagerly awaited announcement on Prabhas’ first Bollywood project ‘Adipurush’ has been announced and it is indeed a big deal. The release date of the film has been reduced to zero and is 11 August 2022.

From the latest announcement, it is clear that Adipurusha’s team has decided to postpone the film for a year. When the project was announced a few months ago, it was said that the film would go from floor to arsh in January next year and the theatrical release would be in mid-2021.

Till some time back, there have been speculations about how Adipurus director Om Raut planned to wrap up the entire shoot in just 3 months, using a green screen. However, it seems that plans are being changed and producers are taking it easy with the completion of this ambitious film.

While Prabhas plays the role of Lord Shri Ram, Bollywood star Saif Ali Khan essays the demon king Lankesh (Ravana) in this 3D mythological epic. The name of the actress who plays the goddess Sita is still a surprise. Prabhas is currently in Mumbai, discussing Om Raut about the project and his role.