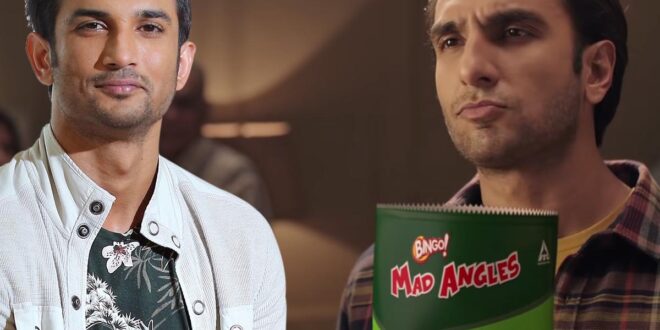 The latest bingo ad featured Ranveer Singh. Fans of late actor Sushant Singh Rajput are upset and feel that the video is reportedly a ‘joke’ on Sushant. The advertisement gives Ranveer an analogy about photons, algorithms and aliens. This has not gone down well with SSR fans as they feel that the late actor was enthusiastic about physics and astronomy.

Bingo is a manufacturer of chips and snacks, and is a product of ITC Limited. He has released his advertisement on social media. It has since trended on Twitter with a hashtag called #BoycottBingo. SSR fans made fun of Ranveer Singh by saying that he should not talk like this in advertisements unless he had some knowledge on the subject.

The advertisement does not address Sushant Singh at any point. However, his fans have a relationship with the advertising with the late SSR. ITCS has not destroyed the advertisement, but after disabling the comments, the company issued a statement saying, “Completely inaccurate, inaccurate and mischievous messages are being posted / alleging that And the ad for Bingo is making fun of a late Bollywood celebrity. Such erroneous messages are deliberately spreading lies. We request you not to fall prey to such naughty posts. The most recent bingo advertisement was shot a year ago in October 2019. Bingo is being aired this year due to a delay in its launch! Crazy angle cheese nachos and bingo! Mad Angels Pizza due to Kovid-19 epidemic. “

However, Sushant’s fans are still not satisfied with the response from ITC. They are requesting fellow Indians to boycott the purchase of any bingo products.