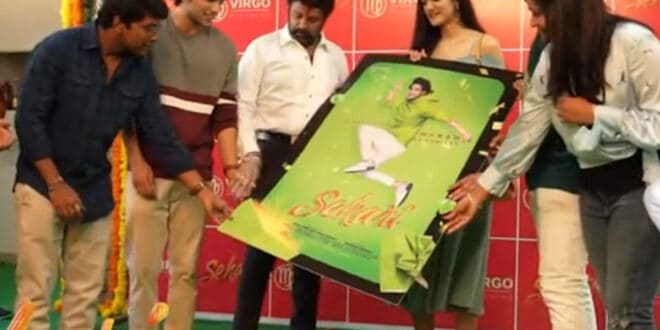 Nandamuri Balakrishna recently participated as a chief guest for the debut of the new film Sehri. The actor released the film’s first look at the event and extended his best wishes to the film unit. During the event, Balakrishna threw away his phone, and it caught everyone’s attention.

During the launch of the First Look poster, Balakrishna showed anger at the film’s head Harsh Kanumili by slapping his hand. This caught the attention of the meme makers who made it a trending topic on social media. However, Harsh Kanumili actually revealed the story behind the incident.

During a media interaction, Harsh Kanumili spoke openly on the incident. Harsha refuted the rumors and clarified that Balkrishna is not angry. Harsh said that he held the poster with his left hand, and this is when Balakrishna hit his hand hard and asked him to hold it with his right hand. Explanation has come against Balkrishna among trolls.

Gangasagar Dwarka is the director of the film Sehri. The film stars Harsha Kanumili and Simran Choudhary in the lead roles.