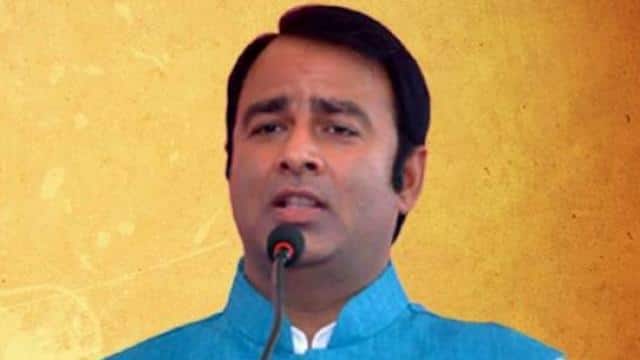 Sardhana BJP MLA Sangeet Som of Meerut once again failed to communicate controversial phrases. Sangeet Som was present as the chief guest at the Young Entrepreneur Honor ceremony organized on the death anniversary of Swami Vivekananda ji under the aegis of Bharatiya Janata Yuva Morcha on Tuesday in the banquet hall of Devarakheda, the old bypass village of Chandausi. He voiced opposition to the Corona vaccine and said that those who do not trust their country can go to other countries. During this, he stressed on SP, BSP and Congress.

Regarding the Corona vaccine, he said that some people are opposing the vaccine. Such people additionally oppose the Prime Minister of the country. If these people hate their country so much then why don’t they go to other countries. On the controversy of taking out the Ram temple Prabhat Pheri in Sambhal, he said that take out the Prabhat Pheri. Let us know if anyone stops. We will take Prabhat Pheri.

Sardhana MLA Sangeet Som told the SP officials that once I was sent to jail by the Akhilesh Yadav authorities for honoring the daughters, I was first taken to Muzaffarnagar jail, though after that I would be locked in Orai jail Was. Where there was not a single prisoner. I used to be stored alone for 2 months, so that I would be scared, although I am not afraid to honor daughters.

He said that among the Akhilesh officers, electric power was completely out of Saifai and Rampur. Other places used to get 3 to 4 hours of electrical energy. Now BJP officials are getting 24-hour electrical energy. Roads are being built. The goons are going to jail or they are changing the price for Allah Mian. State officials are doing a lot of work, pointing in the direction of BJP. What else you need.