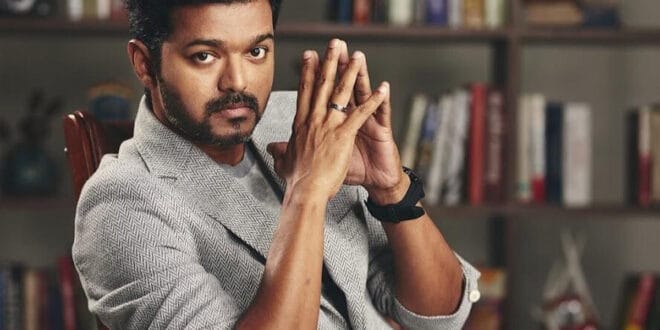 After Jayalalithaa’s death, big heroes of the Tamil film industry tried to fill this gap by announcing her entry into politics. Rajinikanth and Kamal Haasan have already announced this political entry and they are eyeing next year’s assembly elections.

After Rajni and Kamal, the next big name which was now and heard then was Thalapati Vijay. Some incidents like the CBI raid have hurt Vijay deeply and his fans are pressurizing him to enter politics. But Vijay is neither accepting nor rejecting fans’ requests. He is silent on politics.

Still Vijay was completely unavailable to comment on this but the media caught Vijay’s father and he cleared the air. Vijay’s father SA Chandrasekaran said that it was he who registered the party with Thalapathy Vijay’s name, while Nayak has no information about it.

“This is not Vijay’s political party. I cannot say if he will enter electoral politics, ”SA Chandrasekaran said. Well, there was a big twist in the story amid heavy uproar in Tamil Nadu politics.