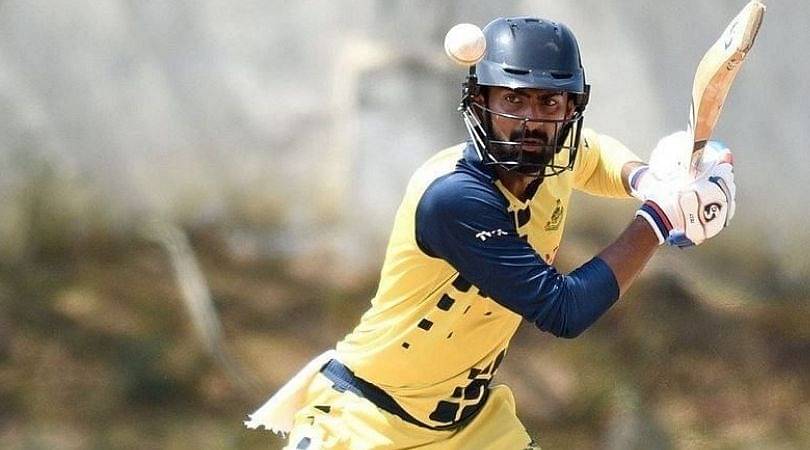 Tamil Nadu will take on Madhya Pradesh in the Vijay Hazare Trophy 2021 league match, which will be played at the Holkar Stadium in Indore.

Tamil Nadu recently won the Syed Mushtaq Ali Trophy, while they have won one of their two matches in Vijay Hazare. Madhya Pradesh has lost both its games, and it is an important game for them.

Pitch report – The boundaries on this ground are very small, and it is a good batting wicket.

Note: – The figures mentioned are of Vijay Hazare Trophy 2020, or stated otherwise.

D. Karthik (Price 9.5) Will be the wicketkeeper of our team. Karthik scored 418 runs at an average of 59.71 last season, while his strike rate was 121.15. He is an international level player.

R Patidar (Price 9) Our batsmen will be from Madhya Pradesh. Patidar scored 185 runs last season, while he has the ability to score in the lower middle order.

N. Jagadeesan (Price 10) and S. Khan (Price 8.5) We will have our batsmen from Tamil Nadu. Jagadishan scored 364 runs in the recent SMAT at an average of 72.80, while he scored a brilliant century in the opening game against Punjab. Khan is crossing boundaries for fun, and has the ability to score fast runs.

B Aparajit (Price 9) Our all-rounder from Tamil Nadu will be. Baba scored 598 runs at an average of 66.44 last season, while he took 11 wickets in bowling. He is the leading all-rounder on the side, and he has been doing well in this tournament.

S Sharma (Price 9) Our all-rounder from Madhya Pradesh will be. Sharma bats at number three, while he bowls in his quota overs. He has scored 37 runs with the bat this season and has taken a few wickets.

Match Prediction: Tamil Nadu will be the favorites to win this game.