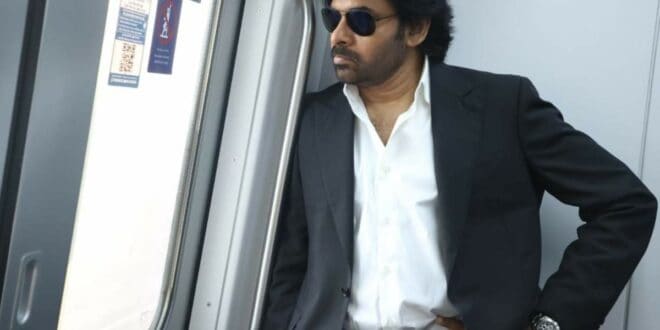 Here is the most awaited and much awaited teaser of Pawan Kalyan’s Vekel Saab which is the official remake of the critically acclaimed Pink in which Taapsee, Amitabh Bachchan appeared in the lead roles. Unlike the original, the makers of the Telugu version have made it hero-centric, giving a new touch to Wakel Saab. This is Pawan Kalyan’s one-sided show, which is proved by the film’s teaser.

Wakeel Saab (Pawan Kalyan), a well-known lawyer, appears to be making a strong comeback as he takes up a powerful case of some girls against the sons of some of society’s big wigs. How Pawan uses his advocacy skills and how strongly he vows for girls is the craze of the story.

The Wekel Saab teaser is a stylish mass treat. He flexes his muscles and takes goons. The dilaogues in the teaser are crisp and funny. Pawan captivates fans with his funny one-liners. “Court lo Vadinachadam Telusu … Kot Teasi Kottadam Telusu,” says Pawan as one of the crooks. (I know to argue in court as well as take off your coat and beat you up). Director Veenu Shriram portrays Pawan in a stylish manner. The teaser hits the bull’s eye. Thaman’s background score is kick-ass. He elevates the visuals to the next level through his BGM. Spot on cinematography. The visuals are rich and attractive.

However, the teaser does not portray the film’s important actors Anjali, Nivetha Thomas and Ananya Nagla. The teaser is missing actors like Prakash Raj, Mukesh Rishi, Naresh. Keeping in mind the high expectations of Pawan’s fans, who were waiting with a restless breath to see him after a long hiatus, the makers of Wackel Saab gave Pawan the stick in the first teaser and thus gave fans a good Gave experience If all goes well, producer Dil Raju is aiming for an April release.