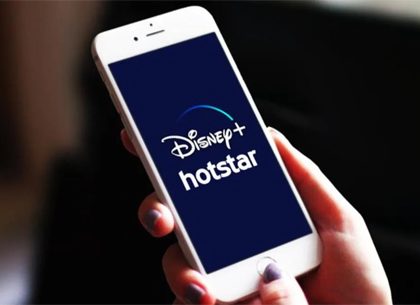 Disney + has become a brand in itself in a very few days of its existence. It only came into existence in 2019, for many western countries like USA, Canada, Australia, UK, New Zealand etc., it would be unfair if Disney + did not spread its wings to reach India. Came a little late but it certainly came. In India, although Disney + was not a separate entity, it became a part of Hotstar which changed the latter’s name to “Disney + Hotstar”.

It was an undisputed fact for us Indians, that Hotstar would join hands with Disney + as all Disney related content was released in India since Hotstar through Hotstar, including various Marvel, Star Wars, X-Men , HBO and others were also involved. Recently a website “What’s on Disney Plus” revealed the amount of content Disney + All were present in various forms in different countries.

The list included the USA, Canada, Australia, New Zealand, Netherlands, UK / Ireland, France, Spain, India, Japan, Germany, Indonesia, Brazil and Mexico. This is where the numbers game begins; It was revealed that as of 6 January 2021, India has the largest Disney + library with over 3000 titles. The reason is very self-explanatory, although Disney + is associated with Hotstar and Hotstar has already been a standalone and eccentric brand, way before Disney + joined. It is its share of content. All starts with regional content that shows it and also various licensed streaming from HBO and others. It was natural for Hotstar to have the highest or at least one library material.

Disney + Hotstar also exists in Indonesia, but not so much diversity when it comes to content. Disney + comes as a standalone streaming app as do other countries, realizing that it still doesn’t have many titles. It also varies with the country that the app is in. As the country changes, some material comes to the library.

Apart from India, USA, Canada, Australia have the most Disney + content. India will most definitely rule in the future when it comes to content as we have already mentioned in our earlier articles how Disney + is eyeing India and giving special priority because it knows that Disney The majority of the subscription comes via Disney + Hotstar. It is said that in the future, they will be planning some things that will help bring more membership in the pocket.