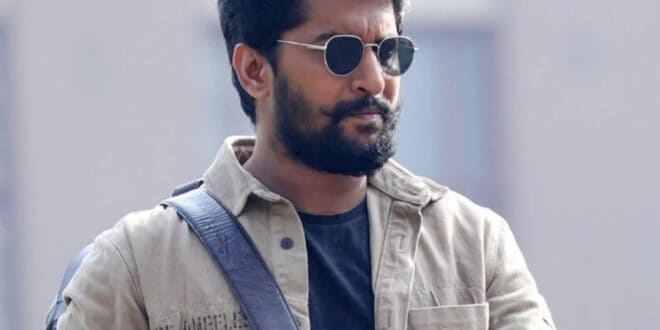 Like many Tollywood heroes, Nani who does a good number of films every year has not had a single release due to prolonged lockdown due to coronavirus epidemic. But, Nani is going to give Triple Entertainment in 2021. Yes, Nani’s three films will be released next year.

There is no exaggeration in Nani’s statement, three films of the actor coming in 2021 are making enough noise with promotional material beforehand. Take the case of Tuck Jagdish, so far only the title poster was released, which featured the concept posters of Shyam Singh Roy and Ante Sundarani.

The three films are different from each other, as told through the poster. While Tuck Jagdish is a family entertainer, Shyam Sinha Roy is an action thriller in the backdrop of Kolkata and Ant Sundarani is an out and out entertainer.

The question is whether Nani’s prediction of giving a hat-trick in 2021 is correct?