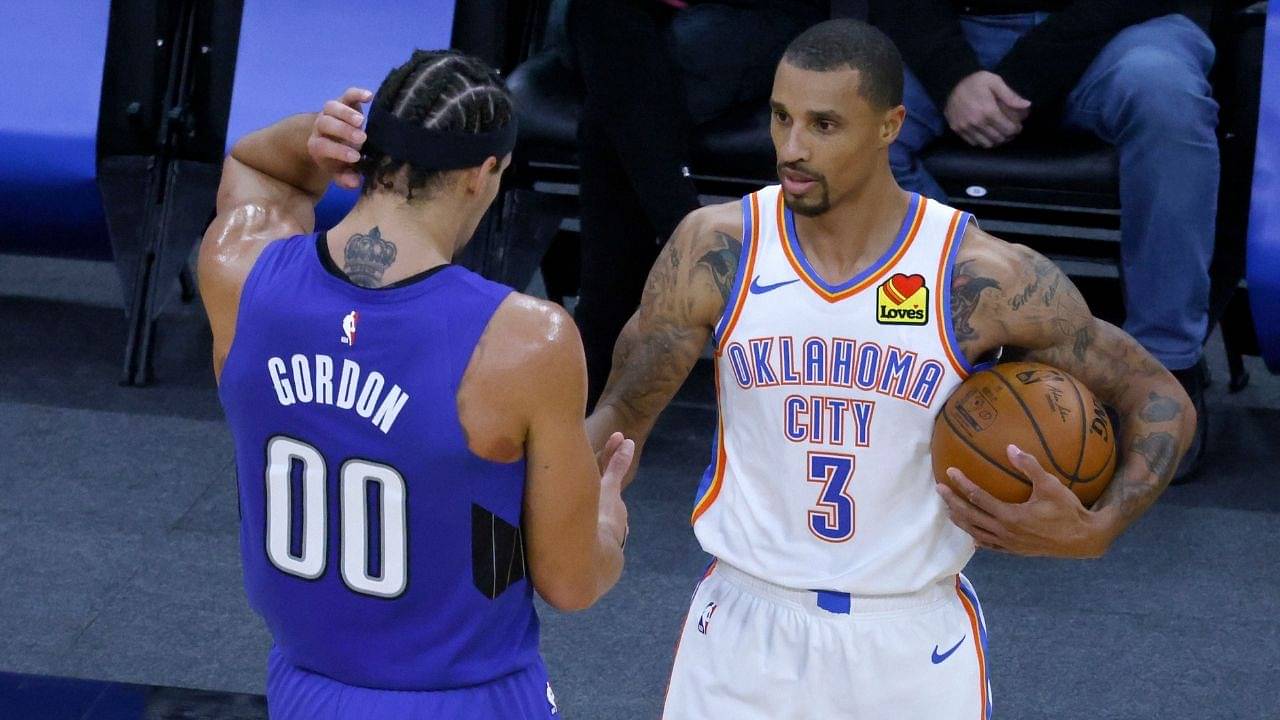 George Hill of the OKC Thunder says that the NBA cannot tell him what not to do and if it is serious, the NBA should go on a hiatus.

The first wave of COVID-19 positive tests has officially impacted the NBA. Players like Seth Curry tested positive for COVID and placed themselves in a 14-day quarantine. The Sixers were supposed to roll out only 7 players in a game against the Denver Nuggets last week.

Teams including the Boston Celtics, Dallas Mavericks, and Chicago Bulls have also postponed their games due to health and safety protocols.

Adam Silver and the NBA signed on when he decided to start the 2020–21 NBA season without the use of the bubble.

George Hill does not feel like the NBA is telling players what to do.

With COVID-19 still prevalent in the US, the health and safety protocols imposed in the NBA to protect its employees and players can be quite stringent. Does this mean that players cannot meet some people or go to certain places, players are taking these rules quite lightly.

George Hill of the Thunder said this about the NBA’s COVID protocol: “I’m a big man, so I’m going to do what I want. If I want to go see my family then I will go to see my family. They can’t tell me what to do. If it is serious, we should not play. “

Read also: “Just as members of the media, we don’t have the right to question Kyrie Irving”: Stephen A. Smith responded to the mysterious absence of the Nets star from the game

While there may be some truth in Hill’s statements, it is something that every NBA player has to do. Another hiatus probably would not be possible for the NBA.

Rumors have cropped up saying that the NBA may take a 10–14 day break from play to ensure that every player is healthy before starting the season again. Whether or not this happens is still to be seen.